Belinda joined the department in fall 2011 to teach and research in the general areas of rhetorical criticism, public address, and women's rights rhetoric. She currently serves as the department's Graduate Coordinator. She holds a Ph.D. in Communication and a Women's Studies Certificate from the University of Maryland. Her research and teaching interests are grounded in the public address tradition and are guided by questions regarding gender, transnationalism, and citizenship. These interests are reflected in her recently published book, How to Belong: Women's Agency in a Transnational World (2018, Pennsylvania State University Press), which centers on how women conceptualize belonging in the contexts of regional movements, the nation-state, and supranational organizations. The book is a winner of the 2019 Marie Hochmuth Nichols Award, presented by the Public Address Division of the National Communication Association. You can listen to a podcast interview on the book here: https://newbooksnetwork.com/belinda-stillion-southard-how-to-belong-womens-agency-in-a-transnational-world-penn-state-up-2018/

She is also the author of Militant Citizenship: Rhetorical Strategies of the National Woman's Party, 1913-1920. The book also won the 2012 Marie Hochmuth Nichols Award. It also received an Honorable Mention designation for the 2012 Winifred Bryan Horner Book Award given by the Coalition of Women Scholars in the History of Rhetoric and Composition.

Belinda's research has also appeared in Quarterly Journal of Speech, Communication and Critical/Cultural Studies, Communication Quarterly, Rhetoric & Public Affairs, Rhetoric Society Quarterly, Advances in the History of Rhetoric, and elsewhere. In 2013, she delivered a TEDx talk, "Change the Language, Change the Beliefs," at UGA's first TEDxUGA event. Last, her strategies for teaching militant rhetoric of the Civil Rights Movement have been featured in Chalk Talk, sponsored by UGA's Teaching Academy Fellows program.

Look for Belinda A. Stillion Southard's 2018 book, How to Belong: Women's Agency in a Transnational World, Pennsylvania State University Press. 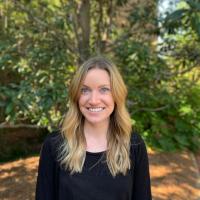 We greatly appreciate your generosity. Your gift enables us to offer our students and faculty opportunities for research, travel, and any number of educational events that augment the classroom experience. Support the efforts of the Department of Communication Studies by visiting our giving section. Read more.